Nearly two decades ago a São Paulo shopping mall took a bold step to save water. Today, the vacuum technology that delivered the savings has paid for itself over and over again.

Water is precious in Brazil. In 2015, the reservoir supplying São Paulo, a metropolitan region of 20 million people, nearly dried up. In 2017, there were 872 cities in northeastern Brazil under a federal state of emergency due to drought.

In São Paulo, water costs a shopping mall owner between 20 and 40 Brazilian reals per cubic meter – approximately 5 to 10 euros. In comparison, the average price for a cubic meter of water in 65 Western European cities is 1.91 euros.

In 2001, Frei Caneca constructed what was São Paulo’s most complete shopping, entertainment, cultural, convention and business center – an 87,000 square-meter complex, including 33,000 square meters of leasable space, that would serve 750,000 customers per month. And the price of water gave them good reason to consider green technologies.

Frei Caneca was the first in the state of São Paulo to take such a progressive step. Its plans called for total neutralization of carbon emissions, in a process overseen by an environmental auditor. Pollution generated by the mall’s energy consumption was compensated for by the planting of trees. Water was taken from three deep wells to be treated and used for consumption. Rainwater was directed for the flushing of toilets. In the bathrooms, an innovative vacuum discharge system reduced water consumption.

Evac Parati vacuum collection units were selected, along with approximately 200 Evac vacuum toilets. The Evac systems save Frei Caneca approximately 2,000 cubic meters of water per month, roughly 384,000 cubic meters since 2001. What began as an objective to save water ended with the creation of a water system which is almost totally autonomous.

With the Evac vacuum technologies alone, Frei Caneca calculates that it saves approximately 220,000 euros every year. The system also eliminates the common odors from sewage systems, and means pest proliferation is not a problem.

The system saves energy, too. “With gravity you have to pump water to the top of a building,” says Toshio Kimori “But with our system you produce a vacuum and this requires significantly less energy.” Versus a gravity system, spending on energy can be 30 percent less with vacuum technology.

Saving water and energy is important, but the numbers become even more attractive when one considers that the system paid for itself in less than a single year. “This is rare in my business,” says Ricardo Oliveira, Frei Caneca’s Operations Manager. “The system has presented a very interesting cost-benefit relationship!”

And the Evac system continues to save. Almost two decades old, the system will provide another 30 years of service and savings.

Since 2001, Evac has installed systems in Brazil as much as five times larger than the Frei Caneca mall. But Frei Caneca was the first to see the benefit of vacuum technology, and the first to employ it – and because of this bold move, they have been the object of much attention in Brazil.

Information about the system is communicated to consumers via stickers on toilets, and the media has also spread the word of how Frei Caneca minimizes impact on the planet. In a recent worldwide ranking of sustainable construction, Brazil placed fourth in terms of the greatest number of building projects with environmental certifications – a trend led by Frei Caneca.

“We receive constant compliments on our technology and for its contribution to saving the environment,” says Oliveira. “It is extremely rewarding to know that 18 years ago we began a process in a time when there wasn’t environmental concern about water usage. 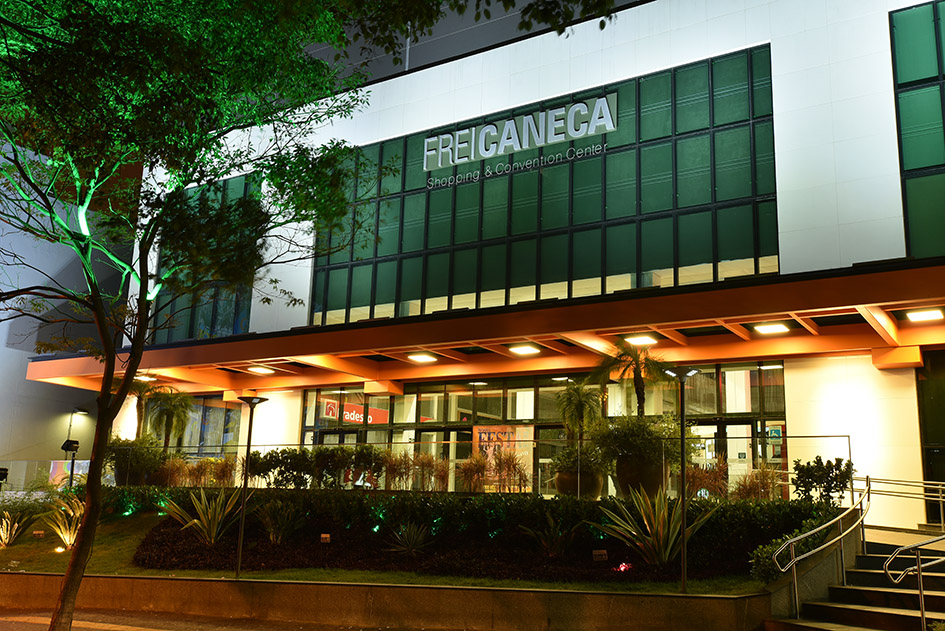